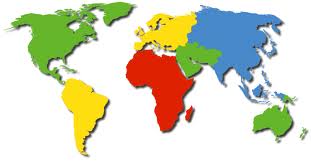 Last week, the Information technology (IT) research firm Capgemini released a study on the state of IT outsourcing where they surveyed over one thousand executives of the top global companies. The study found that 25 percent of the executives said they already outsource to South America, compared with 27 percent who outsource to China and 60 percent to India. Although India and China are still the top destinations for outsourcing, South America is catching up rather quickly.

Among the executives who said their company already outsourced IT operations, the top four key factors are: Labor cost, Skilled worker, Infrastructure, and Economic stability. The least relevant are proximity to the U.S. and time zone alignment. Among executives who have not do business in South America, 24 percent said they expect their companies to outsource there in the next five years. While it may come as no surprise that India is still on top but based on this study, China and South America is very much occupied the same level although China has been active in IT outsourcing for many years and South America is just a newcomer to this market.

According to Steve Rudderham, Vice President of a large company, South America countries have made significant improvement in recent years by creating highly skilled workforce with modernized IT infrastructure and their costs is similar to India and China as these two countries have raised the prices significantly due to the shortage of skilled people there. Another advantage is the proximity to the U.S where it only takes few hours from most major cities in the U.S to fly to South America. However, according to him the key competition between China and S. America is NOT about prices or proximity but in the mastering of English language. Today China have a plan to train 300 million people to speak English in the next five years to prepare for their advancement in global economy. Most South America countries also have problem with English language as their languages are mostly Spanish and Portuguese (Brazil). If their software workers can speak English well, it would be difficult to predict who will be the winner. Another issue that many companies are taken into consideration is the advancement of China in technologies and the lack of intellectual property protection for foreign companies. One executive warned: “You may reduce costs today but by outsource and giving them your technology, they will compete with you few years from now. It would be safer to outsource where you still have better advantage”. That is another reason why S. America maybe the next destination for outsourcing.